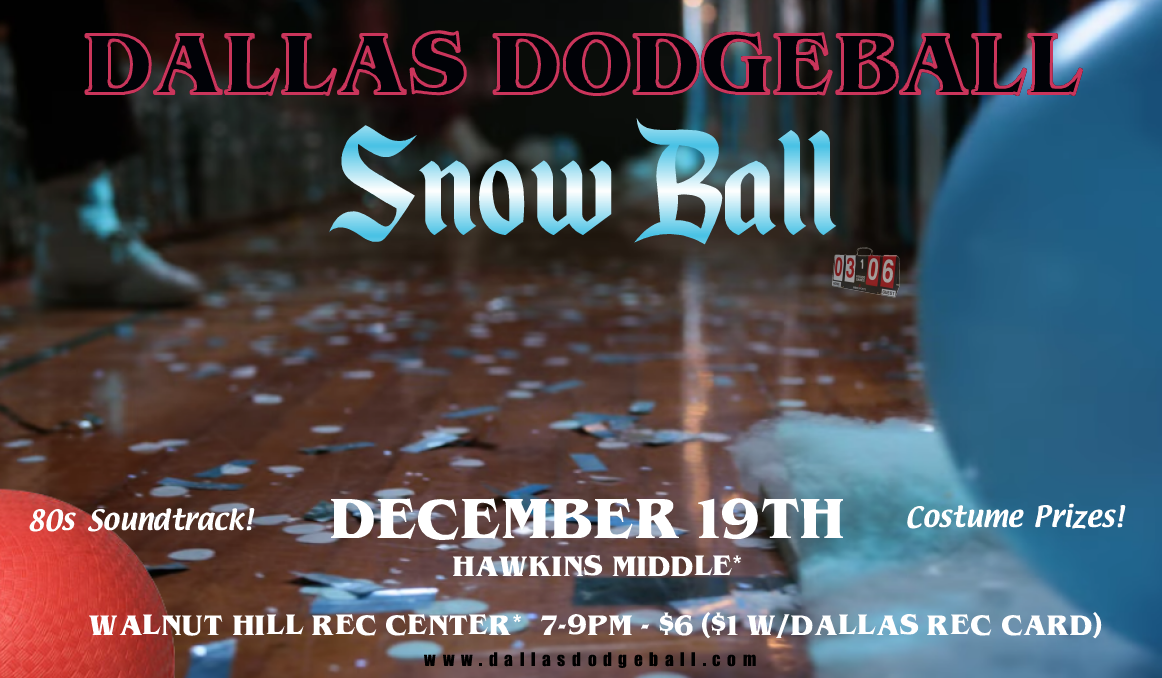 Snow Ball, Dallas Dodgeball’s annual Christmas party for 2019, will take attendees back to the year 1984 with a cool ’80s soundtrack, an ’80s costume contest, and of course, the gym class favorite sport of dodgeball. On TV, Snow Ball was popularized in Season 2, Episode 9 of Netflix’s series Stranger Things. In the episode, the young heroes gather at the Snow Ball dance, held at Hawkins Middle, after defeating the shadow monster. Standing in for Hawkins Middle will be the Walnut Hill Rec Center in N. Dallas. The public is invited to this fun event and everyone is encouraged to invite their friends, family and co-workers for even more fun. We will pick teams from attendees and play along to the cool soundtrack in our ’80s duds. 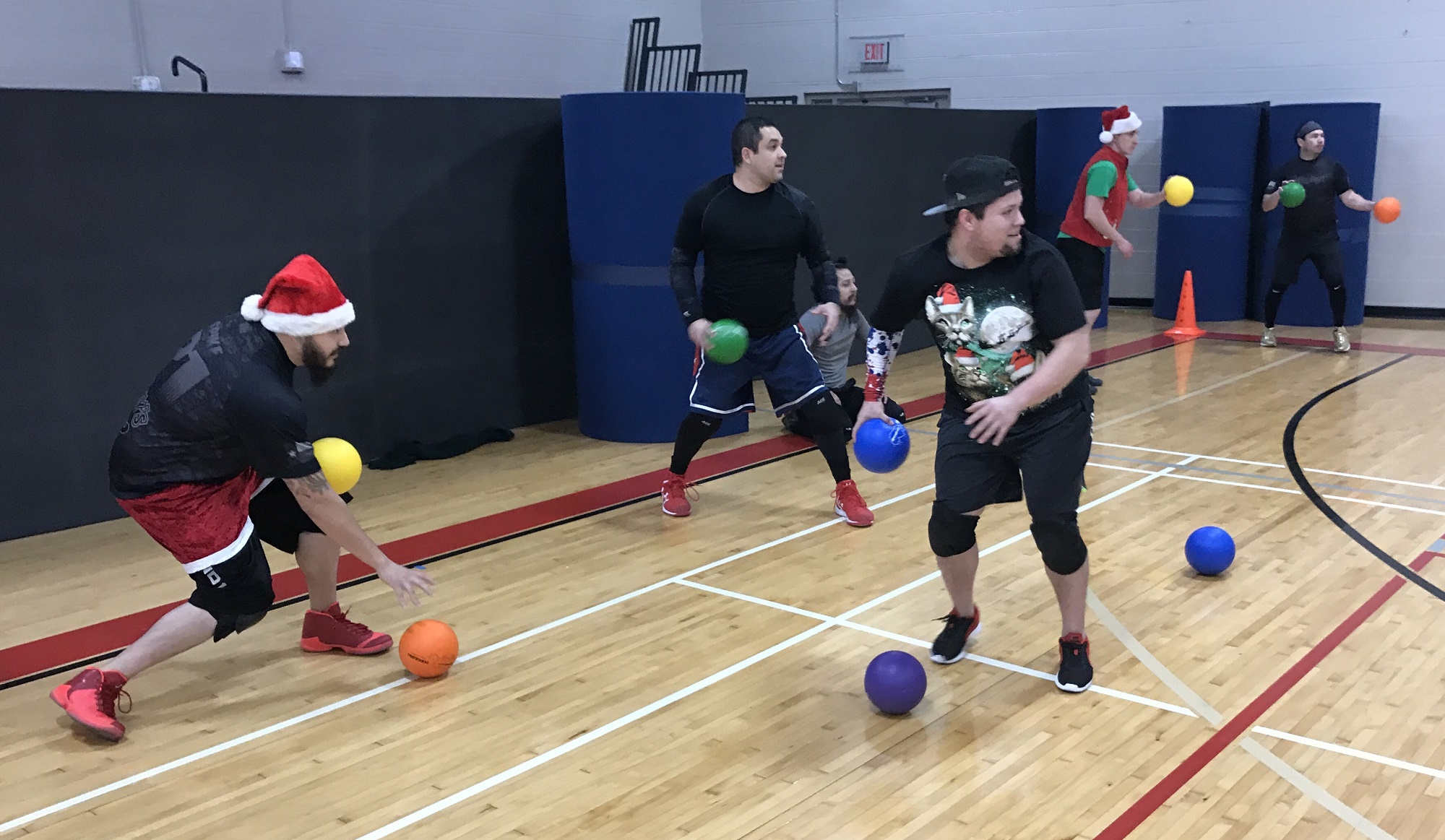 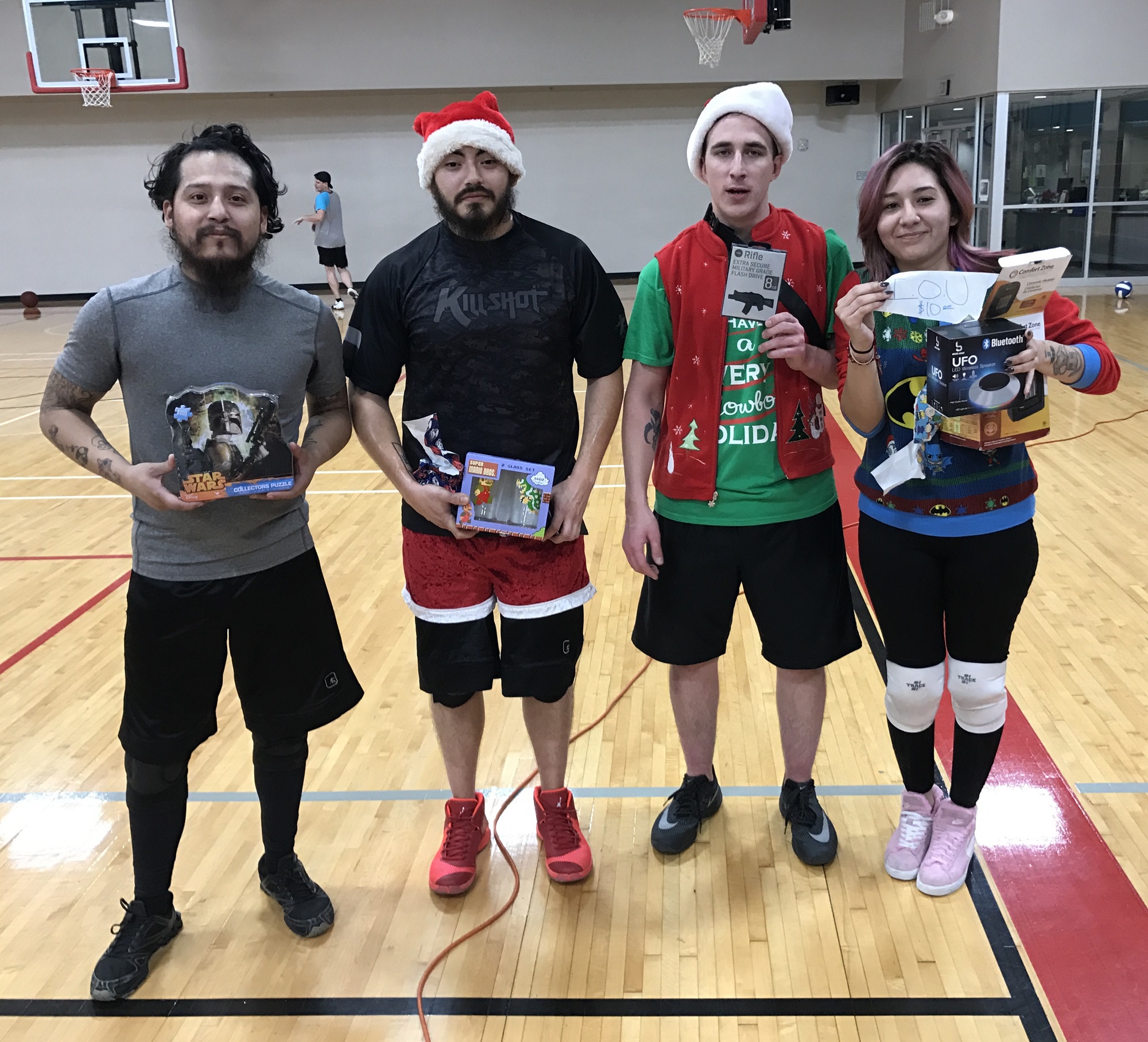